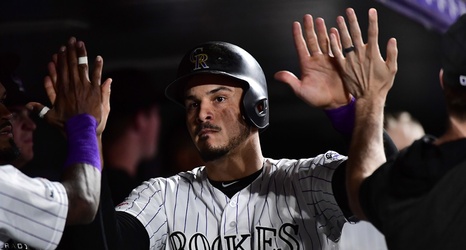 The Hot Stove is still burning up as trade talks continue to swirl over Rockies star third baseman Nolan Arenado.

The Cardinals and Rockies are discussing a potential Arenado trade and have named players that could be included in the deal. Negotiations have advanced beyond the preliminary stage, and Colorado insists on a trade package that includes both major league players and at least one prospect, according to MLB.com's Jon Morosi.

Arenado is entering the second season of his eight-year, $260 million extension with the Rockies. The five-time All-Star and seven-time National League Gold Glove Award winner has a full no-trade clause included in his contract.