MLB Roundtable: Who Should Win the NL Cy Young Award? 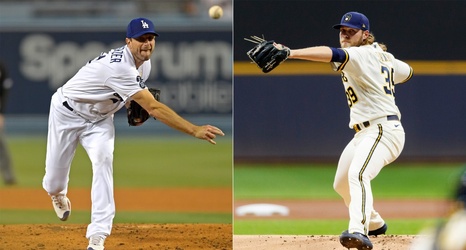 The baseball writers with NL Cy Young votes this year are in for a doozy. Entering play Friday, there are between five and 10 legitimate contenders for this year's award, one that will certainly come down to the final series of the regular season.

Will Max Scherzer win his fourth Cy Young to join exclusive company? Will his new teammate beat him out? How about Kevin Gausman? Or Zack Wheeler? Two Brewers aces are also worthy choices.

And then there's Adam Wainwright, who turned 40 last month and is having his best season since 2014. Old Uncle Charlie has finished second and third twice each for the award, and it's remarkable that he's be back in the conversation.