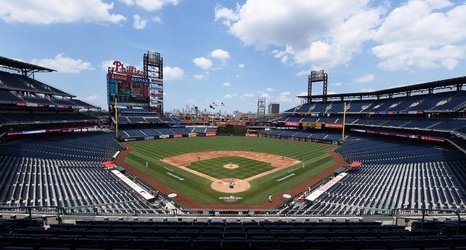 After three Phillies staff members tested positive for COVID-19 this week, MLB announced Saturday that two of those cases were false positives.

Everyone within the Phillies organization was tested this week after 18 Marlins players and two coaches contracted the virus. Miami and Philadelphia faced off last weekend, and at least three Marlins players had tested positive ahead of their game on Sunday. As a result of the three Phillies' positive tests, the team has not played since Sunday.

"It appears that two of those individuals' tests were false positives, and it is unclear if the third individual contracted COVID-19 from Marlins players and staff based on the timing of the positive test," MLB said in a statement.