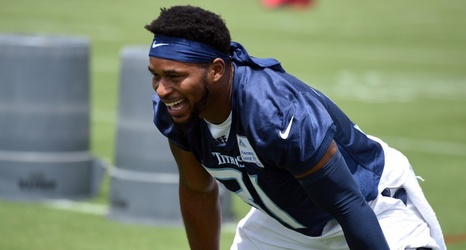 Tennessee Titans head coach Mike Vrabel was aware how unhappy Bill Belichick was with his tactic of using a loophole in the rules to run extra time off the clock late in their 20-13 victory over the New England Patriots in January's AFC Wild Card Game.

Appearing on the Helliepod podcast, Vrabel noted that Titans assistant John Streicher alerted him to Belichick "losing his mind" on the sideline when they took two dead-ball penalties in the fourth quarter:

The Titans were leading the Patriots 14-13 and facing a fourth-and-five with 6:39 remaining.