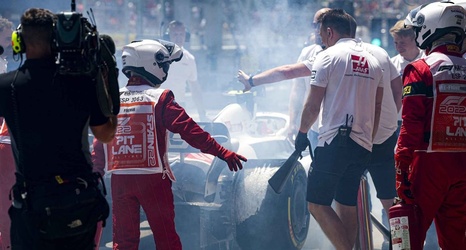 During Saturday’s final practice, the 23-year-old’s right-rear brakes caught on fire, causing him to not only miss a majority of the session but also throwing his qualifying availability in question.

Schumacher had a promising start after finishing 11th in the Bahrain season opener. But then, disaster struck in Saudi Arabia. The German spun out in Turn 12, and as he collided with the wall, two of his wheels came flying off and extensive damage was done.