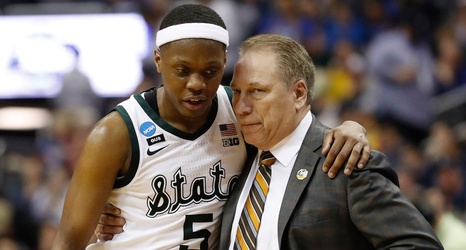 Michigan State star Cassius Winston's brother, Zachary, was struck and killed by an Amtrak train in Albion, Michigan on Saturday night, according to the Detroit Free Press. He was 19 years old.

The Free Press reports an Amtrak spokeswoman said a Chicago-bound train came into contact with a person on the track at 8:41 p.m. before service was temporarily suspended. Albion police are investigating the incident.

Zachary Winston was a student at Albion College and a sophomore member of the men's basketball team. He played in 28 games as a freshman and averaged 2.