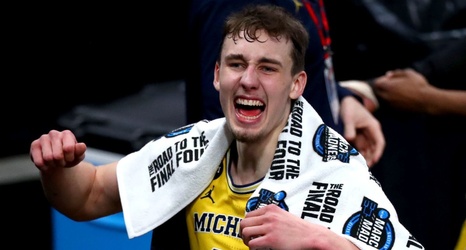 University of Michigan sophomore forward Franz Wagner announced on Tuesday he will enter the 2021 NBA draft and plans to sign with an agent.

Wagner is widely considered a potential first-round pick and an elite defensive prospect after helping lead Michigan to a Big Ten regular-season title. The German international, whose brother Moe currently plays for the Magic, averaged 12.5 points and 6.5 rebounds on 47% shooting last season.

In a column with The Players' Tribune, Wagner said the decision to attend Michigan, rather than play professionally in Germany, was "the best decision I ever made.