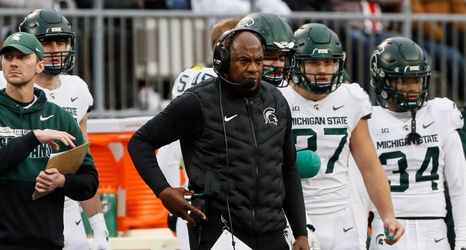 Yahoo Sports's Pete Thamel was the first to report the two nearing an agreement, while The Athletic's Bruce Feldman reporting soon after that the deal is done.

Rumblings of the new contract started over a week ago when the Detroit Free Press reported that the school was preparing a 10-year, $95 million extension, which would make Tucker the highest-paid Black head coach in American sports at the top of a tier with Stanford's David Shaw ($8.