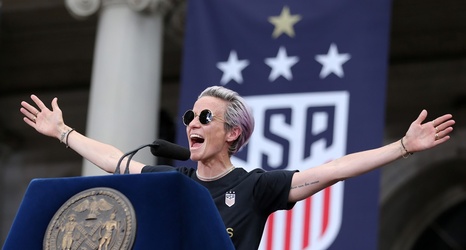 U.S. Women's National Team star Megan Rapinoe will host a talk show special for HBO on Saturday, but she doesn't plan to spend much time focusing on sports.

On Seeing America With Megan Rapinoe, the two-time Women's World Cup winner will talk with Rep. Alexandria Ocasio-Cortez, Netflix's Patriot Act host Hasan Minhaj and Pulitzer Prize-winning journalist Nikole Hannah-Jones about "the ongoing cultural conversation that has been taking place during this significant time in our country’s history."

"It is an honor to host a show with a critical conversation between some of America's most innovative thought leaders," said Rapinoe.