Megan Rapinoe To Congress on Gender Pay Gap: 'We Don't Have to Wait' 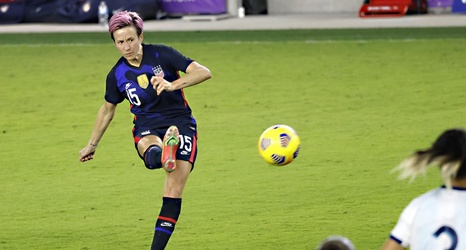 In a hearing focused on pay inequalities between men and women, U.S. women's national team star Megan Rapinoe testified in front of the House Oversight Committee on Wednesday.

Rapinoe, who has been vocal on gender and racial equality, was part of a lengthy Instagram Live conversation with President Joe Biden on this topic in January. Rapinoe also knelt during the national anthem on several occasions before matches to show solidarity with former NFL quarterback Colin Kaepernick and his activism for racial equality.

Rapinoe, 36, began her testimony by saying anybody in any position can be a victim of inequality.