Megan Rapinoe Calls Out Draymond Green for His Equality Comments 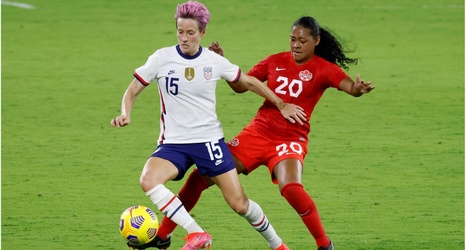 Megan Rapinoe called out Warriors star Draymond Green for showing his 'whole ass' with his comments on inequalities in women's sports.

When the NBA star sent tweets that seemed to blame female athletes for the inequalities that are still prevalent in women’s sports, the U.S. women's soccer legend quickly pointed out his ignorance and doubled down during an appearance at the U.S. Olympic and Paralympic Committee’s media summit for the Tokyo Olympics.

"Obviously you kinda showed your whole ass, not even understanding what we all talk about all the time, whether it's WNBA players or us here on the national team," Rapinoe said.