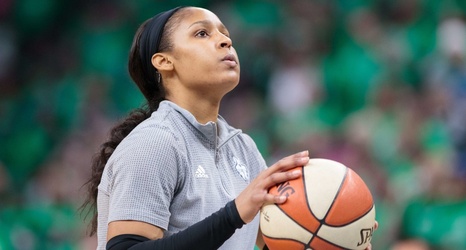 Moore and Irons appeared on Good Morning America on Wednesday to share their news.

"We wanted to announce today that we are super excited to continue the work that we've been doing together, but doing it as a married couple," Moore said. "We're excited to share this new chapter of life together."

Irons, 40, was sentenced to 50 years in prison in 1998 for the alleged shooting of a Missouri homeowner. Fingerprint evidence strengthened Irons' defense in March and he was released from prison on July 1.