Max Scherzer Scheduled to Return to Mets, Will Start Against Reds 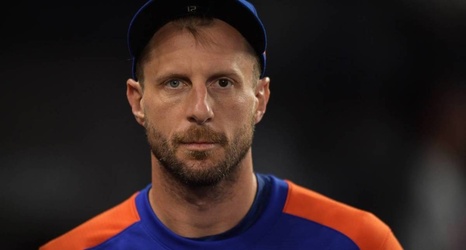 Mets pitcher Max Scherzer told media on Friday he plans on returning to the rotation Tuesday vs. Cincinnati. He had been sidelined with an oblique injury since.

Scherzer added he understands that he won’t be able to exert all of his energy just yet as he has to build up a little more stamina while also monitoring the injury.

The Mets ace first suffered the injury in a game vs. St. Louis in the middle of May. At the time of the injury, he initially said he wasn’t too worried and felt as if he avoided a major injury.