Markus Howard Drops 51 vs. USC One Day After 40-Point Game 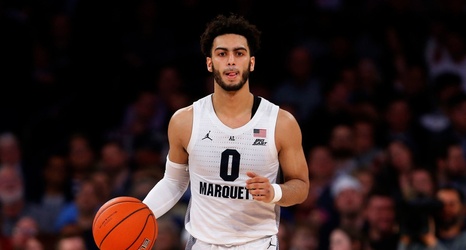 Markus Howard, the most explosive scorer in college basketball, is putting on quite the show in Orlando.

After scoring 40 in Marquette's 73–63 win over Davidson in the first round of the Orlando Invitational on Thanksgiving, the Golden Eagles senior guard dazzled further with a 51-point performance in a 101-79 trouncing of USC one day later. Howard became the first player in Big East history to score at least 40 points in back-to-back games, let alone back-to-back days.

It was the third 50-point game of Howard's career. His career-high of 53 came in an overtime win over Creighton last season, and he also had a 40-point half in 2018.