Mario Cristobal Unsure Whether Miami Should Retire Sean Taylor’s No. 26 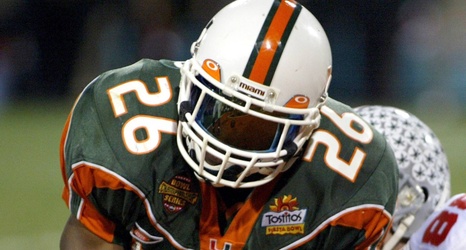 Miami head football coach Mario Cristobal was asked this week whether the jersey number of Sean Taylor, the Hurricanes great who was murdered during a robbery attempt at his Florida home in November 2007, should be retired.

Taylor played for the Hurricanes from 2001–03 before he was selected No. 5 by Washington in the 2004 NFL draft. The Commanders retired his NFL number, 21, last season.

Cristobal, who is entering his first season at his alma mater, said a player requested to wear No. 26 this year but was turned down.