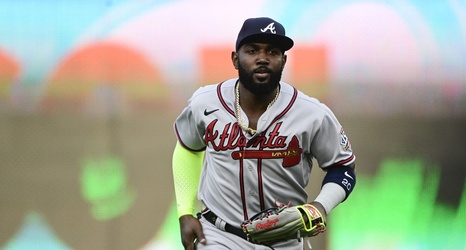 MLB has announced that Braves outfielder Marcell Ozuna has received an unpaid, retroactive 20-game suspension for violating the league's joint domestic violence policy. Ozuna was placed on administrative leave between Sept. 10 and the end of the season, so he has already served the suspension. He is eligible to return at the start of the 2022 season.

"My office has completed its investigation into the allegations that Marcell Ozuna violated Major League Baseball's Joint Domestic Violence, Sexual Assault and Child Abuse Policy," MLB commissioner Rob Manfred said in a release. "Having reviewed the totality of the available evidence, I have concluded that Mr.