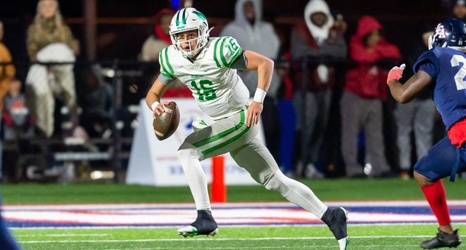 Monday was a rarity in the college football recruiting world -- Arch Manning went on the record.

Various media outlets were on hand for New Orleans (La.) Isidore Newman's first spring football practice, among plenty of college coaches including a pair of Alabama assistants, and the prized class of 2023 quarterback recruit confirmed much of what Sports Illustrated had been tracking within his recruitment.

Georgia, Alabama and Texas remain in the best shape for the NFL legacy.

However, there is still no rush to make a verbal commitment and several visits are likely to lie in between spring ball with the Greenies and a public pledge, and those trips aren't limited to the top trio either.