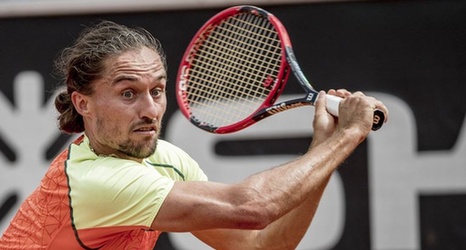 BASTAD, Sweden (AP) A man walked on to Centre Court during a Swedish Open semifinal and shouted Nazi slogans and raised his arm in a Nazi-like salute on Saturday.

The man casually walked on to the court during the all-Spanish match between David Ferrer and Fernando Verdasco, and shouted ”Heil victory” while raising his right fist. Booing from the crowd drowned out his other comments, and he was led away without fuss by police. He was wearing a black T-shirt promoting Revolution, a Nordic resistance movement.

Tournament director Chris Hult defended the event’s security, saying the man was not considered a threat by security guards.