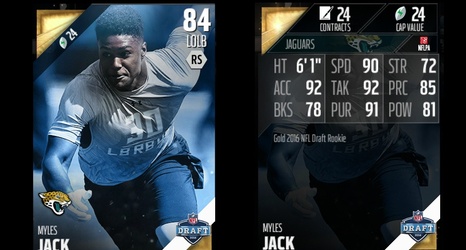 The tradition that involves adding some of the players set to enter the league to the Madden series following the draft, rather than having to wait until the next edition of the video game, continued this year with Madden NFL 16. On draft night, all 31 first-round selections were introduced into the game's popular Ultimate Team mode.

Now though publisher EA Sports has gone beyond just those top picks by placing even more incoming rookies into Ultimate Team. Available through either card packs or purchases directly through the Auction House, 33 more have entered the pool of players.