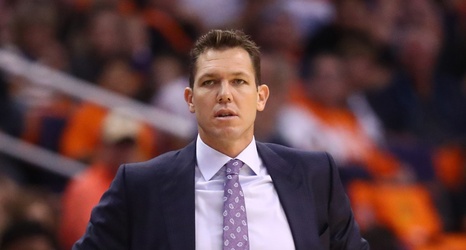 Kelli Tennant, who accused Kings coach Luke Walton of sexually assaulting her in 2014, has filed documents to drop her civil lawsuit against him, according to ESPN.

Tennant filed her request for dismissal in Los Angeles Superior Court on Tuesday. ESPN reports the document asked the judge to dismiss with prejudice, meaning she cannot sue Walton again.

Tennant, a former Spectrum SportsNet LA host, filed the lawsuit against Walton in April 2019. She claimed Walton met her in a Santa Monica hotel room and "forced himself on her." Tennant reportedly "had a business relationship that went back several years [with Walton] and she wanted him to write a foreword.