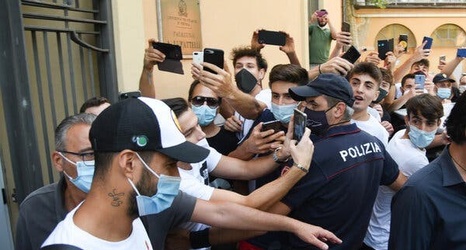 Luis Suárez had already been made a scapegoat, blamed for all that had gone wrong at Barcelona. He had already been rejected, told bluntly by the club’s new coach, Ronald Koeman, that his services were no longer required.

He had been forced to sit alongside the president who had precipitated it all and say thank you for having me, even as the thought of being forced to go brought him to tears. Worse, though, was still to come, a final indignity in his summer of humiliation.

On Sept. 17, Suárez touched down in the Italian city of Perugia to considerable fanfare.