LSU Is the Undisputed National Champion of Hype Videos 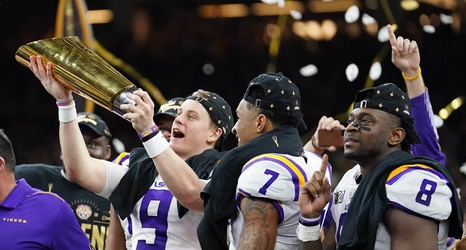 LSU has been winning all year–not only on the field but also with their hype videos.

After beating Clemson in the national championship on Monday night, LSU celebrated its victory with cigars and getting fake cash from Odell Beckham Jr.

The Tigers later released an awesome postgame hype video to take us inside their dance party in the locker room.

LSU has been raising the bar for hype videos at every stage of the College Football Playoff this year. The Tigers first released a video before facing Oklahoma in the Peach Bowl, and continued to up their game with two videos before the national championship.