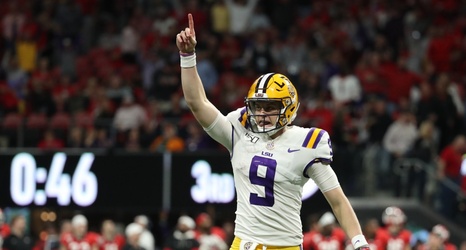 "In my opinion, he should win [the Heisman]," Orgeron said postgame. "In my opinion, he's going to win it. The best thing about Joe is he's a team player. All he wants to do is win this game. Individual awards are not high on his list. That's what makes him such a great team player."

Burrow shredded the Bulldogs for 349 yards and four touchdowns on Saturday.