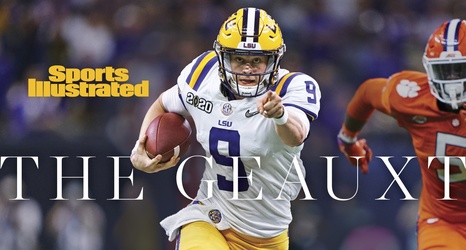 NEW ORLEANS — They were running. They weren’t sure where and why, but they were running, this time in celebration, scattered across the Superdome field in a celebratory rat race of a stunning championship, LSU players pouring from their sideline as if they were purple-and-gold confetti shot out of a cannon.