Loaded College Football Playoff Field Could Be Its Strongest Yet 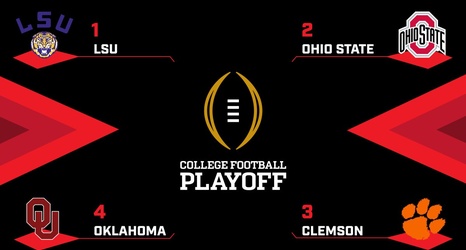 The College Football Playoff selection committee did its job with distinction, reaching the correct (but close) final conclusion by placing LSU at No. 1 and Ohio State at No. 2.

There will be some caterwauling from Columbus, just as there would have been some bellyaching from Baton Rouge if the decision had gone the other way. Don’t listen to any of it. The Tigers’ demolition of Georgia, coupled with the Buckeyes’ two-touchdown deficit against Wisconsin, necessitated changing the order of the top two from what it had been the previous two weeks.

Committee chairman Rob Mullens said Sunday that it was “extremely close” but cited the respective conference championship game performances as a deciding factor.