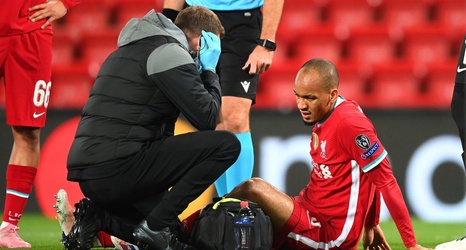 Such is the defensive crisis unfolding at Liverpool that a teenager who spent last season on loan at sixth-tier Kidderminster is set to be entrusted to hold together the injury-hit backline of the Premier League champions over the next few weeks.

Expect to be seeing a lot of 19-year-old Rhys Williams in the coming matches. With his 6-foot-5 frame and a man-bun that is becoming a common sight in England’s top division, he is hard to miss.

Williams is highly regarded, too, having played for England’s under-18, under-19 and under-21 teams.

Still, his likely presence at the heart of Liverpool’s defense for Saturday’s match against West Ham at Anfield — and probably for a few more games after that — will be ringing some alarm bells among Liverpool fans, and is hardly the kind of predicament Jurgen Klopp can be relishing as he juggles domestic and European commitments in a packed schedule.