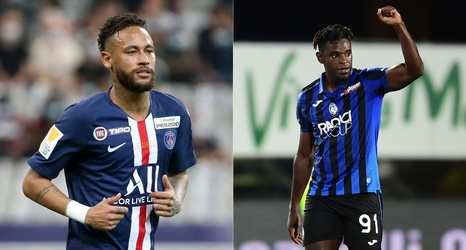 The resumption of the revamped Champions League kicks off at Benfica's Estadio da Luz in Lisbon, as Atalanta and PSG play the first of four quarterfinals in a four-day span.

The entertaining Italian side will look to tame the French champions, who have desperately been seeking European success to go along with all of their domestic trophies. Despite a massive financial outlay in recent years, PSG has been eliminated in the round of 16 or quarterfinals in each of the last seven Champions League competitions. Making things more difficult for Thomas Tuchel's side is the availability of French star Kylian Mbappe, who was injured after a hard tackle in the Coupe de France final less than three weeks ago.