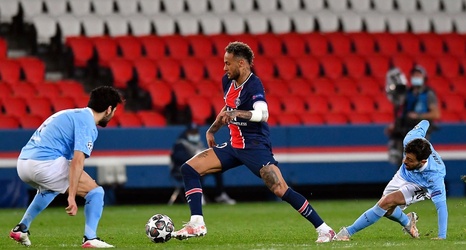 If the first half last Wednesday was any indication, PSG seemed destined for a return to the final with a dominant display that was unlucky to only have Marquinhos' 15th-minute goal to show for it.

But Manchester City turned the fixture on its head in a seven-minute spurt thanks to away goals from Kevin De Bruyne and Riyad Mahrez and a red card issued to PSG midfielder Idrissa Gueye.