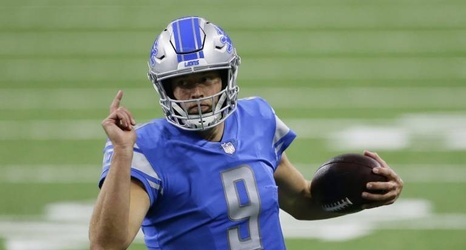 Detroit Lions quarterback Matthew Stafford discussed the importance of continuing to acknowledge the issues of racial injustice, police brutality, white privilege and racism in the United States in an article for The Players' Tribune on Friday.

In the article, Stafford wrote: "Yes, this NFL season just kicked off, and nobody is more excited about that than me. But we can't just move on from the issue of racial injustice and use sports as a distraction. We can't just stick to football. Not as a team. Not as an organization. And we shouldn't as a country.