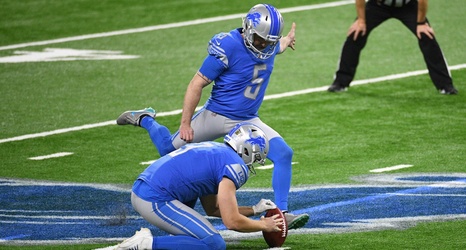 Lions kicker Matt Prater earned the city of Detroit free beer thanks to a 59-yard field goal that he kicked earlier this season.

In July, Bud Light issued a challenge to Prater and Broncos kicker Brandon McManus that whoever kicked the longest field goal this season would win his city free beer. Prater's 59-yarder to beat the Washington Football Team as time expired on Nov. 15 proved to be the longest kick of the year and beat McManus' 58-yarder in a Week 12 loss.

Prater struggled at times this season but ended his 2020 campaign by setting an NFL record for most career 50-yard field goals.