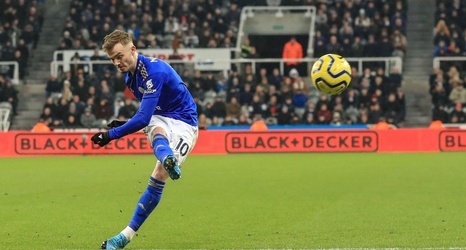 The hosts played the final 39 minutes with 10 men after Fabian Schar limped off injured with all three substitutions already made in a game watched by more than 52,000 at St. James' Park.

Leicester took the lead in the 36th minute when former Newcastle player Perez intercepted Florian Lejeune's poor cross-field ball and cut inside Schar to fire past goalkeeper Martin Dubravka, despite slipping as he took aim.