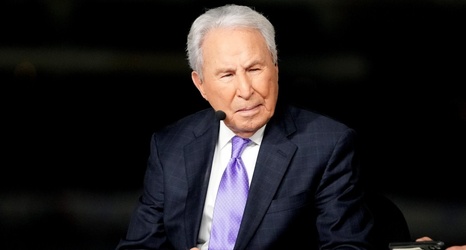 Lee Corso wasn’t at the desk for that start of Saturday’s College Gameday show at Clemson, sparking some concern from fans of the beloved analyst and former coach.

Host Rece Davis revealed early in Saturday’s show that Corso woke up in the morning feeling “a little bit” under the weather. The rest of the crew made sure that he got checked out and he’s already feeling better.

“He’s feeling much better now, we’re happy to report,” Davis said. “Also happy to say that at one point, he told the doctors ‘Yeah, I feel this way because I said Clemson was overrated.