LeBron's Views on Police, Black Lives Matter Should Not Be Misconstrued 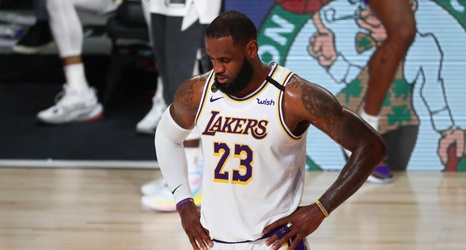 LAKE BUENA VISTA, Fla. – On the day nobody was arrested for killing Breonna Taylor, the man who recently wore a hat that read “Arrest the Cops Who Killed Breonna Taylor” texted his teammates. LeBron James and the Los Angeles Lakers were getting ready for a team meeting. Some players were getting treatment from trainers. Some were near a TV. They are up 2-1 in the Western Conference Finals and down on America’s justice system. Their thoughts bounce from one to the other, from basketball to the world outside it, from hope to fear.

Two hours after the news broke, James watched his Lakers teammates prepare for the Nuggets on two courts, one with a Miami Heat logo on it and the other with an Indiana Pacers logo, which was fitting for this disorienting year.