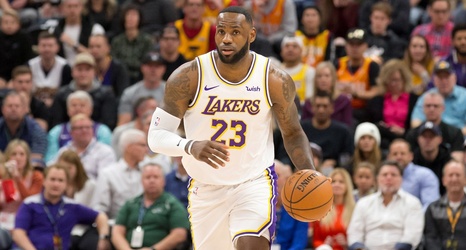 LeBron James is going through a transition in his career. The Lakers’ series of big offseason moves didn’t include acquiring a starting-caliber point guard (sorry, Rajon Rondo) so LeBron said, screw it, I’ll do it myself.

It’s been going very well thus far. He leads the league with 10.8 assists per game, way more than the guy in second, Luka Doncic with 9.2.

But bringing the ball up the court must not be 100% natural for LeBron yet, given this play from the first half of last night’s Lakers-Jazz game.

Not only did he take three steps, he also picked up his dribble before putting it back on the floor, so he also could have been called for a carry or a double dribble.