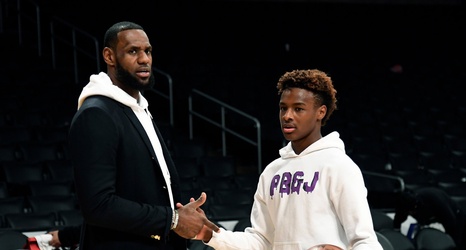 NORTH AUGUSTA, S.C. — College basketball’s familiar faces — Mike Krzyzewski, John Calipari, Roy Williams, Tom Izzo, Jay Wright and on and on — convened last week at a recreation center here in South Carolina, as they have for years in mid-July, to scout the best high school talent in the country.

But none of them were present for the biggest draw on Court 5 one day last week at The Peach Jam tournament, where hundreds of spectators lined up three hours before an afternoon game that featured players 15 and younger. The crowd squeezed into the court’s wooden bleachers and the balcony above — standing five deep and eventually drawing the attention of the local fire marshal — to get an early glimpse at a player who has not yet entered high school.