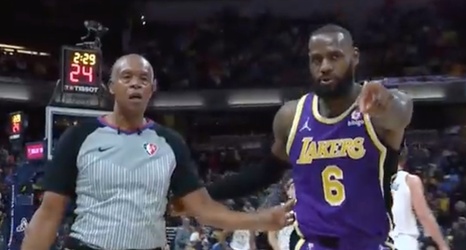 With a nickname like "King James" and a logo in the shape of a crown, LeBron James is used to holding court when he steps foot inside a basketball arena. On Wednesday night, he showed his ruling power extends itself to rowdy spectators—even on the road.

During overtime of the Lakers' 124–116 road win over Indiana, James had two fans sitting courtside ejected with just over two minutes to play. It's unclear what the fans said or did that led to James's reaction, though James can be heard in the broadcast pointing at the fans and telling a referee, "Right f---ing here.