LeBron James back in full-contact drills, will miss 16th game 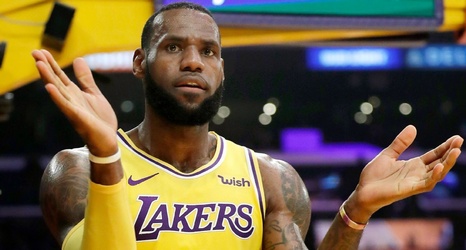 EL SEGUNDO, Calif. -- LeBron James is back in full-contact defensive drills in practice with the Los Angeles Lakers for the first time since the four-time NBA MVP strained his groin.

James will miss his 16th consecutive game Sunday when the Lakers host the Phoenix Suns.

The 34-year-old James has been out since Christmas due to the most significant injury of his 16-year NBA career. He had never missed more than 13 games in an entire season.

James practiced with his teammates Saturday at their training complex, but won't return this weekend.