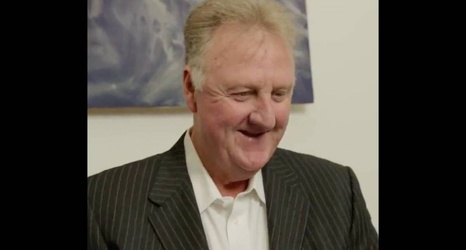 Larry Bird’s continuing influence on the game of basketball crossed a new threshold Thursday when the NBA announced four new trophies in honor of some of the sport’s greatest figures.

One of those honors included the unveiling of the “Larry Bird Trophy” which will be awarded for the first time in NBA history to this year’s Eastern Conference Finals MVP. In a very fitting turn of events, the award’s Western Conference counterpart has been named after Lakers icon Magic Johnson, Bird’s legendary rival and best friend.

The NBA shared a video of Bird’s reaction to learning the news of the awards’ debuts from NBA Deputy Commissioner and COO Mark Tatum.