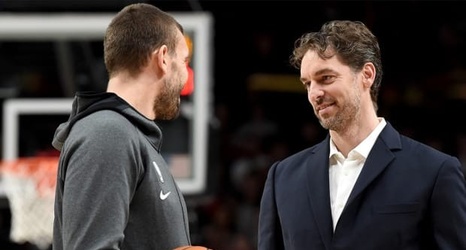 The Lakers plan on retiring Pau Gasol's No. 16 jersey.

Gasol announced his retirement from basketball on Tuesday in a news conference broadcast on his Twitter page. It is unclear when the date of his jersey retirement will be, though the team has shared the news of his eventual acknowledgment, per the Los Angeles Times.

Gasol played 18 seasons in the NBA, seven of which came with the Lakers. While with the franchise, he won two championships, forming a close bond with Kobe Bryant.