LAFC Loses Late Lead, Then Penalties to Orlando City to Crash Out of MLS Tournament 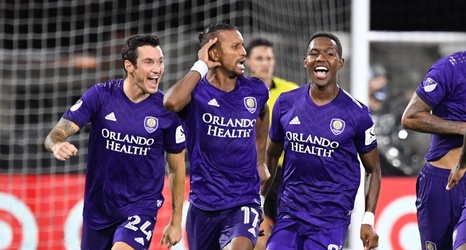 LAKE BUENA VISTA, Fla. (AP) — João Moutinho scored on a header in the 90th minute to tie the match and Nani scored the deciding goal in a penalty shootout, and Orlando City beat Los Angeles FC in the quarterfinals of the MLS is Back tournament on Friday night.

The sides played to a 1-1 draw in regulation thanks to Moutinho’s late goal, and Orlando City was a perfect 5-for-5 in the shootout to advance to the semifinals. Orlando City will face either San Jose or Minnesota United on Thursday.

The Lions were decided underdogs against LAFC, the prohibitive favorites to win the tournament among the remaining quarterfinal teams.