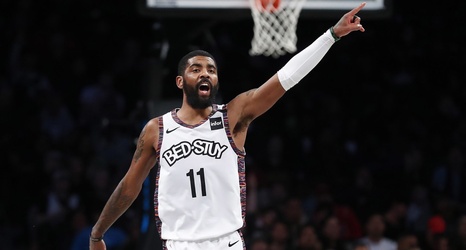 Brooklyn Nets guard Kyrie Irving will not play in Wednesday's game against the New York Knicks due to personal reasons, the team announced.

Irving will miss his fifth game of the season.

Kevin Durant is active for his first back-to-back set since tearing his Achilles.

ESPN's Malika Andrews and Adrian Wojnarowski reported that Irving was not expected to join Brooklyn's lineup this week amid an NBA investigation. The league plans to "review videos circulating on social media of a maskless Irving at what appears to be a family birthday party," per Andrews and Wojnarowski.