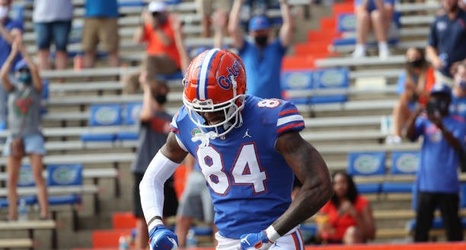 An NFL executive reportedly believes Florida tight end Kyle Pitts, one of the top prospects in the 2021 draft, would take the Dallas Cowboys offense to a "new stratosphere."

ESPN's Jeremy Fowler explained Sunday on SportsCenter the Cowboys could use some defensive help with the 10th pick in the first round, but the allure of Pitts is something to keep in mind:

"People I've talked to around the league believe that they need defensive help, which they could probably get at 10. They wouldn't need to trade up if they took a cornerback, unless they are enamored with an offensive weapon, like tight end Kyle Pitts out of Florida.