Kyle Brandt Reveals Details of Auditioning With Peyton and Eli Manning, Explains Why Not Getting Host Gig Was Blessing in Disguise: TRAINA THOUGHTS 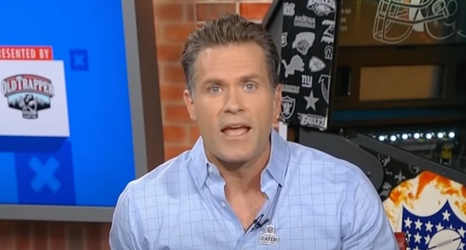 1. The most significant development in sports media over the past month has been the success of Peyton and Eli Manning’s alternative Monday Night Football telecast that airs (some, but not all, weeks) on ESPN2.

The show has enjoyed solid ratings and massive social media praise in large part because it’s not like anything we’ve seen before on sports television. And one way the show has broken from convention is that it doesn’t have a host.

Only two people—Kyle Brandt and Mina Kimes—auditioned for that host role. Brandt appeared on this week’s SI Media Podcast and shared inside details of the process he went through and why he actually pushed the production to go without a host.