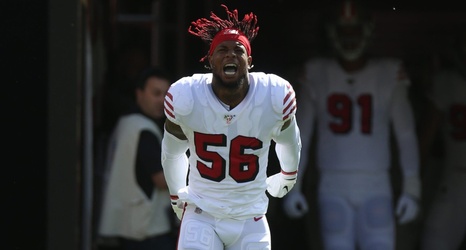 MIAMI — Shortly after 49ers linebacker Kwon Alexander suffered a torn pectoral muscle in Week 9 at Arizona, his mother, Peaches Taylor, had a vision of sorts. She says she saw the 49ers in Super Bowl LIV in February, and that she saw her son not only playing in the game but hoisting the Lombardi Trophy.

That seemed impossible when he got hurt, back on Halloween night. Normally, that type of injury would take up to six months to heal; an exceptionally healthy NFL player, bolstered by top doctors and state-of-the-art recovery methods, could maybe return in four months.