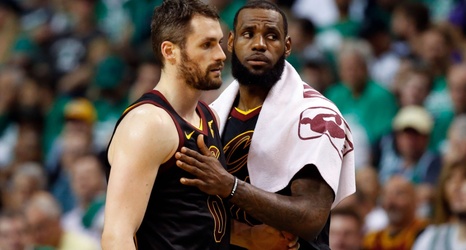 As the highest-paid athlete in the world today, LeBron James can virtually acquire anything his heart desires. According to Kevin Love, however, the Lakers superstar’s wealth hasn’t exactly changed his spending habits altogether.

The Cavaliers forward shed some light on his former teammate’s penny-pinching ways in a recent interview with Bleacher Report’s Taylor Rooks. Love and James played together in Cleveland from 2014–18, and led the club to its first championship in ’16 alongside Kyrie Irving.

Rooks began stirring the pot after recalling an interview with Chris Paul two years ago during which CP3 said his “Banana Boat” buddy is the most frugal person he knows.