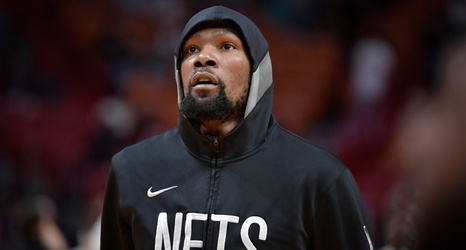 The NBA's newest tweak to its All-Star format—a draft held immediately before the game itself, rather than days or weeks in advance—may have been the brainchild of one of its greatest players.

After the league announced its change in a release, Nets forward Kevin Durant tweeted, "Heard it here first."

He attached a minute-long clip from a Jan. 27, 2022 episode of The ETCs with Kevin Durant, his podcast with Eddie Gonzalez, in which he outlined his vision for a pregame All-Star draft.

"I love that you pick on TV.