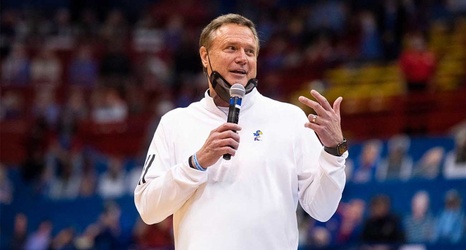 Kansas announced the university has signed Hall of Fame men's basketball coach Bill Self to a lifetime contract.

Self's previous deal with the school was set to expire next March.

The new lifetime agreement deal with Self features a five-year rolling agreement that automatically adds one year at the conclusion of each season, for the remainder of his career.

Self, 58, has coached the Jayhawks for the last 18 seasons and has led the team to 15 Big 12 titles and 17 NCAA tournament appearances in that span.

He won the men's NCAA tournament with Kansas in 2008.