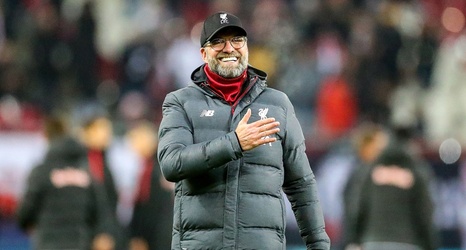 Liverpool hasn't lost a game in the Premier League all season and will very likely hoist the trophy for the second year in a row. They've also made two successive Champions League Finals and won it all last season. People are mad about this dynasty in the making.

That includes 10-year-old Daragh Curley from Ireland, who sent a letter to Jurgen Klopp admonishing them for their success and asking them to throw a few games for the good of soccer. (He's a Manchester United fan.)

"Liverpool are winning too many games," Curley wrote as a part of a school project.