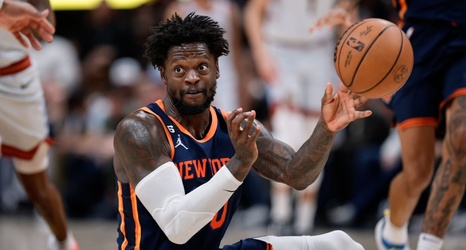 Speaking to the media Wednesday ahead of the big holiday, Knicks forward Julius Randle was asked about his favorite Thanksgiving foods, rattling off candied yams and mac and cheese as his go-to’s. Then, a reporter threw out a hypothetical score for tomorrow’s Cowboys-Giants game—”Giants, 27-17”—drawing a chuckle out of the former All-Star forward.

Then, Randle—a Dallas native—asked the reporter to put his money where his mouth was.

“You want to put some money on that?”

No word on whether or not Randle was serious with his offer, or if it was accepted.