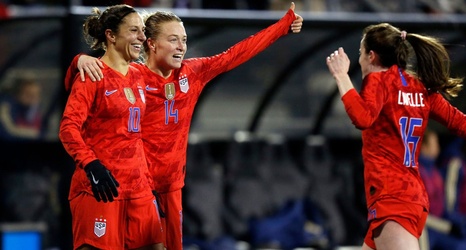 The U.S. women's national team players were on the right side of a ruling that could have a big impact on their argument vs. U.S. Soccer, though it by no means ends their fight.

In perhaps a preview of what’s to come, the federal judge also forcefully rejected legal arguments raised by U.